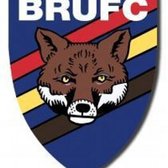 Having suffered a torrid time at Bicester earlier in the season the squad was desperate to make amends - which they duly did.

After the heavy defeat away at Bicester earlier in the season, our squad was keen to avenge that performance. Bicester came in to this game with inconsistent form having won 2, and lost 2, since Xmas, but having beaten Buckingham they felt they were still in the hunt for a play off place. We came into the game having gained maximum points since the loss away at Windsor, just prior to the Xmas break.

The game started evenly, with both sides probing the others defence, but with Marlow having the better of the territory. The first break came on 10 mins when Bicester were penalised for a no arms tackle, which Nick Carvey kicked into touch 10m out. Bicester were again penalised for illegally stopping our maul, giving us a free play. Miles Noble made a diagonal run across to the blind side of the maul, which looked like it would be the decisive move, however Bicester defended it well, but we retained possession. George Buckle made ground up the middle before being stopped. Quick ball from the ruck and Nick Carvey spotted the space on the right wing. Miles timed his run perfectly, caught the ball and touched down in the right corner. Nick was unable to make the conversion. 5-0

We started to string together some good attacking phases and looked the team more likely to put further points on the board. A second opportunity went begging on the left wing when we were only 10m out, because of a knock on. Our second Try came on 18 minutes after another good passage of play, which was finished off by a powerful run from Chris Clarke who powered over from 5m out. Nick Carvey’s Conversion went just wide. 10-0

Bicester’s first points came from our own error, when we passed forward in our own half. From the Bicester scrum their forwards put us under pressure, and we conceded a penalty from a very kickable position for not rolling away quickly enough in the ruck. They made no mistake with the kick. 10-3

For the rest of the half Bicester were on the front foot. On 30 minutes, after a sustained period of pressure they got their first unconverted Try. 10-8 And, only a few minutes later, nearly got their 2nd when we were penalised for playing the ball on the floor. They kicked for touch, giving them a line-out on our 5m line. Although we nearly won the throw-in Bicester retained possession. Fortunately for us they knocked on, and their opportunity was gone.

However, they did get a 2nd Try just before half time. From a Marlow attacking move, we lost possession and the quick Bicester backs realised we were fully committed to the attack and that there was no full back in position. A long kick down field and they were off like a shot in pursuit. Although Vanavasa Bai was the first one to reach the ball, the Bicester backs were straight on him, and without support, he feinted a long slow attempt to get to his feet, but the referee was not being fooled, and penalised him for not releasing. Bicester took a quick tap penalty and went over in the left-hand corner but couldn’t add the Conversion. 10-13

Just before half time Miles Noble came off, having taken a knock, to be replaced by Daniel Lewis, making his debut for our Club.

The later part of the first half had shown how quick the Bicester Backs could be and I feared that if we allowed them too much ball they had the potential to cut us to shreds, the way we had done against Aylesbury last Saturday. This fear was compounded by a number of silly unforced errors at the start of the 2nd half, which suggested we were now trying too hard to regain the lead.

However, the second half proved to be all Marlow. On 8 mins we earned a penalty which Nick Carvey kicked to touch, for a 5m line-out. The throw-in was too long and Bicester won possession and cleared to their 25m line. At the second attempt our throw-in was clean and the forwards setup a maul that rumbled forward 15m before Chris Clarke made a break, with Will Sones in support. Chris timed his pass perfectly and Will Sones scored an unconverted Try, putting us back in the lead by a narrow very margin. 15-13

Straight from the resulting kick off Nick Carvey caught the ball and passed to Daniel Lewis who made a clean break up the right wing, with Vanavasa Bai on his right shoulder in support. The Bicester backs were unable to deal with this threat as Daniel passed to Vanavasa Bai who scored, which also gave us the all-important Try bonus point. 20-13

Again, from the kick off, Bicester kicked the ball too far allowing us to catch it without any pressure. This time Vanavasa Bai turned provider with the break, supported by Max Roberts, but on this occasion the final pass was knocked on and a very good scoring opportunity was gone.
Jack Rider came on to the left wing, with Nick Gorham dropping back to full back.

Bicester showed real grit and determination when they repelled another Marlow attack with some really last ditch Try line defence. William Sones thought he was going to make it over, but Bicester held firm and held him up.

Nick Carvey added another three points when the Bicester 2nd row was penalised for a rather nasty no arms tackle on Max Roberts. I didn’t see the actual tackle, because a player was in the way, but I certainly heard the crunch and Max was clearly dazed afterwards. Would the Referee give a yellow card, or a straight red. He fumbled around in his pocket for quite a while, which suggested it might be a card not used very often. However, the decision was only a yellow, but it pretty much finished Bicester’s chances of getting back in to the match. 23-13.

Now with only 14 men Bicester were struggling to contain our forwards. Our maul was starting to run riot. Bicester were penalised for coming around on the wrong side, Nick Carvey kicked for touch and another clean throw-in and our maul made more ground. Curran Mcmillan made the break with Chris Clarke in support who scored his 2nd Try of the afternoon. Nick Carvey had finally got his range and distance sorted and added the conversion.

As if to confirm that things were not going right for Bicester their next kick-off only went 2m, not the required 10.

Jack Spurr made a break with Max Roberts in support, but he got caught and was penalised for hanging on.

David Potton came on in the front row to help us finish off the match.

The game was rounded out by another excellent Marlow maul which went from inside our own half to 30s out before Bicester could resist no more and were penalised. Nick kicked for the corner, but we failed to be clinical with the throw-in and let Bicester off the hook.

Another maximum point win has now created a gap from the top 3 in the league to the rest. This win pretty much finished Bicester’s hopes of competing for the play off place. Buckingham also won with a bonus Try point to remain on equal terms with us in the league, but ahead on points difference. Windsor lost to Wycombe, but stilled earned a losing bonus point, so only conceded 4 points to us in the league. The second play-off place is still in our hands, with a game in hand over Buckingham, although we still have to play them away.

Next up is the RFU intermediate Cup against Sherbourne.